On the 5/2/14 Microsoft has introduce the System Center 2012 R2 Techday,  the day started with high brief of the new features of R2 (By Debora Manor), after that a lectures about New Monitoring operations with Operations Manager 2012 R2 (by Yaniv Smulevici), Extend your skills with System Center Configuration Manager 2012 R2  (by Kobi Levi), IasS & PaaS private Cloud with Azure Pack (By Memi Lavi) and Service Management Automation (SMA) with Orchestrator & Azure Pack (By me – Sharon Abarbanel). 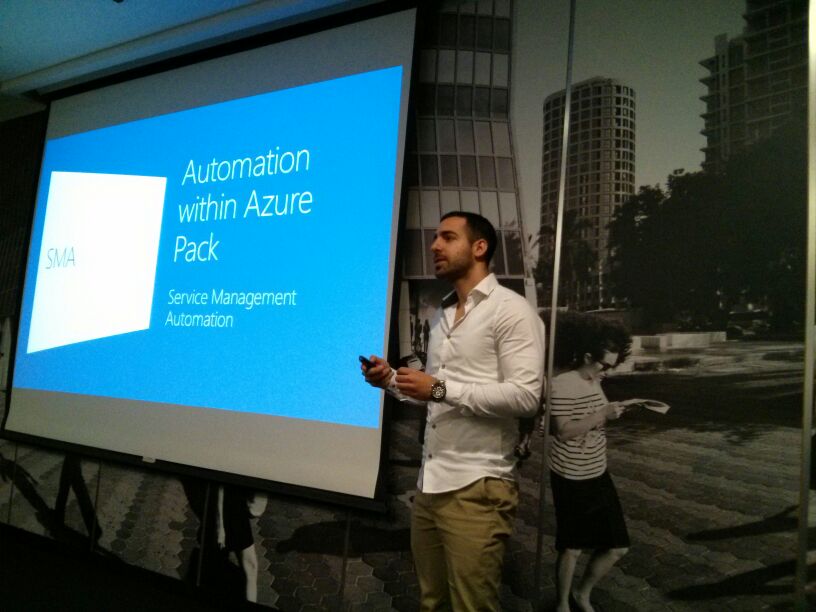 For the SMA part I split the demonstration to four parts:

For the Service Manager integration, I have triggered an Orchestarto’s runbook by SCSM Self Service Portal form (based on SharePoint).

IT in a box